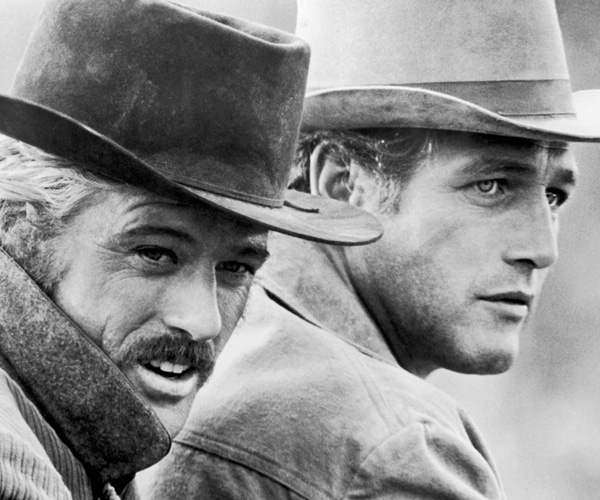 Why the opening of ‘Butch Cassidy’ is a landmark of screenwriting

I love the opening moments of Butch Cassidy and the Sundance Kid, a movie favourite that I watched again recently. I really admire William Goldman and what he achieved with this film.

The film is a masterpiece of storytelling, that opens with a silent movie tableau purporting to tell the tale of Butch and Sundance via an early Hollywood feature. The captions reveal that they and their Hole in the Wall gang are “all dead now…. but once they ruled the West”. So right there and then, in the first fifteen seconds, you know this is going to be a tragedy and that the story is not going to end well.

But at the same time, we also learn that these characters once commanded a region so their charisma and abilities must have been formidable, and whatever it took to bring them down must have been a tale worth telling, and thus, worth sitting through.

All this in just a few moments of screen time!

It works because under the direction of George Roy Hill, it appeals to a much deeper level of human emotion. We don’t need to be ‘told’ any of this: we just ‘know’ it to be the truth.  Some filmmakers don’t achieve this truth in hours of telling.

Combined with the sad, elegiac notes of the classic Burt Bacharach score, there is a clear feeling that a lost age has passed: that things are no longer what they were and that the change has not necessarily been for the good. This mainlines straight into one of our deepest human emotions: regret for what we remember and can no longer be or achieve.

That idea echoes throughout the film, almost from the opening line of dialogue where Butch mourns the demise of the insecure, yet beautiful, old bank building (for an entirely selfish reasons!)

Butch: What happened to the old bank? It was beautiful.
Guard: People kept robbing it.
Butch: Small price to pay for beauty.

And therein lies the potent truth at the heart of this film and at the heart of the character of Butch, crystallised in less than a minute of screen time. As we grow older and more world weary, we learn that in fact beauty is a luxury, and that society is usually not willing to pay even a small price for its preservation. At the beginning of the film, Butch thinks he can stay ahead of this trend, as do those around him (“You keep thinking, Butch, that’s what you’re good at”) but already we know his confidence is misplaced. Too often, and especially in this day and age, the reality is that beauty survives only by luck or by serendipity.

I think, therefore, ‘Butch Cassidy and the Sundance Kid’ succeeds as a story because it dares to suggest that there is more to life than the severity of purpose and organisation. Butch is a criminal and a bank robber, yes, but in spite of his crimes, he still has an innocence that we recognise and believe in. I believe he embodies the sense that all of us must surely feel at some point in our lives, that the world is moving on and we are being left behind. Bank robber or not, we empathise with Butch and we want him and the Sundance Kid to stay ahead and charm us for just a little bit longer, even though we know deep down their efforts at escape are doomed to fail.

‘Butch Cassidy’ is one of my favourite films but as a writer it’s also one of the pieces I most admire and aspire to. Those first few moments achieve more than 100 pages of dialogue and exposition; in my opinion, they’re genuinely one of the most brilliant examples of the craft of screenwriting in the whole of film.