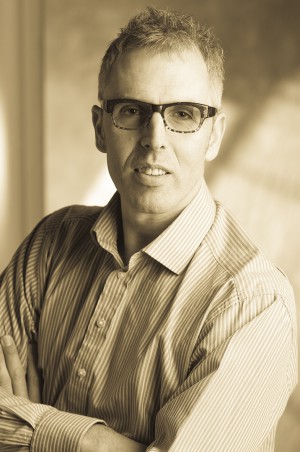 I am a senior Marketing and Marcom professional with twenty years blue chip experience in business and consumer technology markets. My key strengths lie in the following areas: 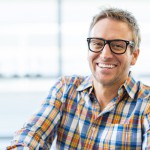 RDX is a removable storage solution that is easy to use, rugged, fast and hands-free. It gives a small ‘single server’ businesses and remote locations complete peace of mind that in the event of disaster they will be able to restore individual files or perform a full system recovery (all applications and OS settings) on their system. Combined with US military grade ruggedness, shock protection and certified support for Windows backup mode, RDX offers a superior and more complete backup solution compared to other single server alternatives.

My team created comprehensive channel and end user marketing tools based on the scenario of a typical small business, with different ‘stories’ to show how each member of the company could be more successful thanks to protecting their data using RDX.

To motivate and support channel partners, HP ran a pan-European reseller incentive program and offered end user cash back discount program, promoted by resellers and on a HP campaign microsite localised into 17 languages.

During the first six months of HP’s fiscal year 2014, during the period the campaign was live, HP RDX sales in Europe increased by over 75%. 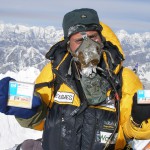 HP’s market leadership is founded upon the outstanding quality of its LTO Ultrium storage media. This is achieved by HP’s extensive, ongoing testing of tapes to ensure they perform to the highest possible standard on both HP and non HP drives.

Communicating the value-add of HP Storage Media is challenging for two reasons: partly because the testing program and definitions of tape reliability are a fairly advanced technical subject and partly because the channel regards the category as a low touch, high volume commodity sell.  As a consequence, most incoming sales transactions are online or phone based, with minimal time for lengthy or in-depth selling.

Every 18-24 months, sponsor an Extreme Testing expedition to a destination that allows us to dramatise aspects of the HP’s extreme testing program for HP LTO Ultrium storage media.

Since 2006, HP has been the number one brand for LTO Ultrium tape media, outshipping its next two nearest competitors combined by a factor of 2:1.

HP RDX delivers an easy to use, affordable and rugged removable backup solution for remote locations and businesses with limited time, knowledge or experience to dedicate to data protection.  Because it is a disk based solution, however, we needed to come up with a value proposition that was different to that of tape but still based around the core HP Storage Media principles of ‘extreme testing’.  When HP released a USB-3 version of the solution, offering much faster data transfer performance, I came up with the idea of the Super Drag and Drop test to communicate both the ‘extreme’ ruggedness of the product, as well as the speed and simplicity of the new high performance interface USB-3.

Produce a video in which an RDX cartridge was pulled behind a dragster racing car at over 170 mph.  Release the video through all HP Storage social media and channel marketing platforms.

During HP financial year FY14, HP RDX sales have doubled.  The Super Drag and Drop campaign has been one of the primary marketing vehicles behind this success.

I blog frequently on the HP Storage web site and at the time of writing, have the #1, #3 and #4 tape-related blog posts of 2015 in terms of the number of readers. Part of the reason for this, I think, is that people are more interested in tape than the chattering classes of IT would admit to, and partly because my team creates cool stuff that people like to see and read about.

An example of this is the “Domino” video.

One of the problems we often face in the storage industry is quantifying some of the dizzying statistics we use to explain the growth of digital data. A gazillion iPads stacked higher than a dozen Empire State Buildings, resting on the back of a giant elephant three times the size of Jupiter? That was so last year.

But when I am presenting for HP Storage Media, I am often asked how many cartridges we ship in a typical month. That’s a typical question but one I decided to answer in a rather untypical manner.

If tapes were dominoes, how many would you need to set up and topple in order to represent just four weeks of the HP tape business?!

Watch the Domino video and find out!