The Brexit party is over 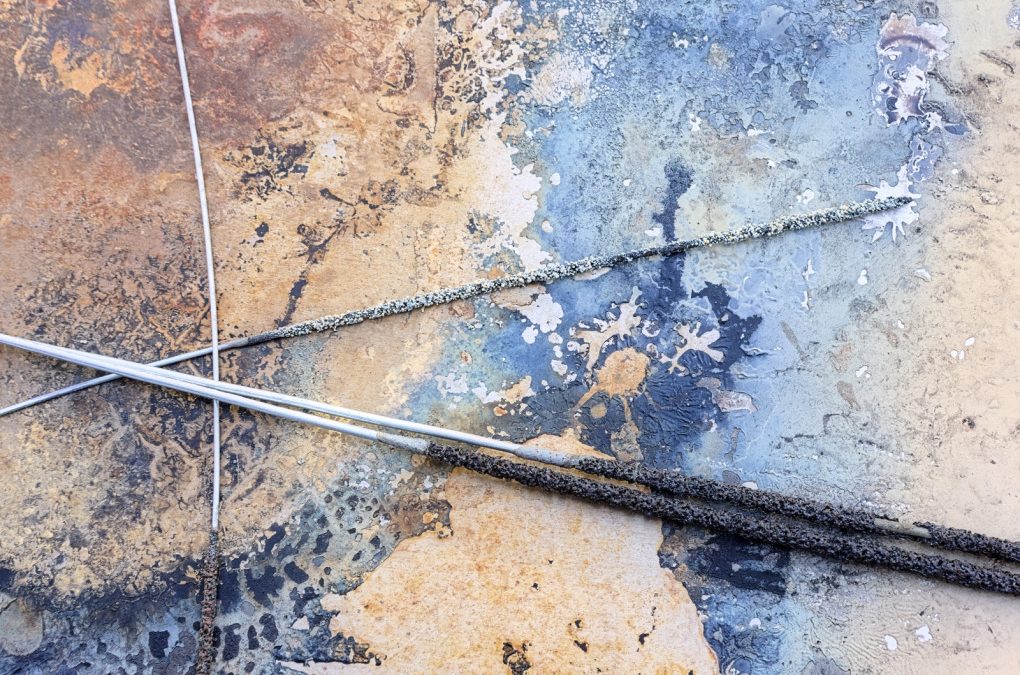 Remember the sparklers you played with on Bonfire Night as a small child? How brightly they burned? How sad and confused you felt when the flames disappeared. Remember how you clutched the tip before anyone could stop you, to try and understand where the wonder had gone, and howled in pain when the still-hot wire burned your little fingers? Brexit and the exhilaration of the Leave campaign is like that sparkler, a transitory moment of incandescent joy and delight that is now turned grey and cold. The party is over. The fires have gone out. All that’s left is the howling.

I’ve been trying to resist the temptation to write about Brexit on a daily basis, but it’s hard. Boy, is it hard. And sometimes, the lunacy of what this country is doing to itself is impossible to ignore. As time passes, Britain more and more resembles the fictional town of Hawkins, Indiana: isolated, confused, manipulated by powerful figures and beset on all sides by stranger things that originate in an parallel world menaced by horrible beasts like Arron Banks.

It goes without saying that I’m a Remoaner/Remainer and proud of it. But that’s not because I have some kind of passionate attachment to Europe as vivid as the idealised visions of Agincourt, village greens and Land of Hope and Glory that enliven my Leave voting twin in the Upside Down.

No, I’d like to think that the reason I oppose Brexit is not because I’m bloody-minded, but because Brexit is bloody stupid.

I will continue to complain about the Referendum right up to the moment it happens (if it happens) because I haven’t heard a single, reasonable argument for leaving the EU that isn’t based on moonshine or gives me confidence that the end justifies the means.

I might have felt differently about all of this if, in the days and weeks immediately after the Referendum, a credible master plan had been unveiled that would have explained how the UK could leave the European Union and still be just as prosperous and successful as before. But two years later, it’s clear that such a plan did not exist and never will. When the curtains parted, there was only a huge blank wall where the masterpiece was supposed to be and ever since then it’s been open season for the Brexit grafitti vandals with their scrawled slogans, like ‘Brexit means Brexit’ in lieu of a detailed blueprint.

That the public was lied to is more or less openly admitted. Worse, there have been few consequences for this breach of trust. It’s worrying to see how the deceptions of the Leave campaign have given birth to such fatalism in the electorate. Instead of protesting for having been lied to, many people seem worn out by the endless circumlocations and simply want the government to ‘get on with things’. I believe such apathy should make us fearful for the future of a democracy in which truthfulness is no longer the foundation of its institutions and governance.

Brexit is neither easy, as was promised, nor is it going to make the country better off. Instead, the exact opposite is true. Business leader after business leader, from sector after sector, are queueing up to express their strong concerns about what leaving the EU will do to the British economy.

As a potted study in what happens when blind faith and ignorance meet reality, consider the British car industry. Two years ago, David Davis promised that by now, the government would have agreed a plethora of tariff busting deals that would create new opportunities for our “indigenous car industry”. But as trade experts from the London School of Economics pointed out, no such indigenous industry exists. Since the demise of Rover it is almost entirely foreign-owned, and much of what it produces goes to the EU. Fast forward to June 2018 and instead of congratulating the government on its Brexit strategy, the motor trade is sounding the alarm that almost a million jobs are at risk in the UK, many of which are located in areas like Sunderland, the Midlands and Swindon that voted Leave.

Only this week, the Society of Motor Manufacturers and Traders spelt out the risks to future jobs and investment in stark and withering terms.

“There is no Brexit dividend for our industry, particularly in what is an increasingly hostile and protectionist global trading environment. Our message to government is that until it can demonstrate exactly how a new model for customs and trade with the EU can replicate the benefits we currently enjoy, don’t change it.”

If this release had been issued in June 2016, it would have been labelled ‘Project Fear’. Now it is just one example of an almost daily trend of warnings about the threat posed to prosperity by a disorganised and rudderless Brexit.

And the Foreign Secretary’s response, the sage wisdom of a man who perhaps more than any other engineered this folly? ‘Fuck business’.

Is this the kind of country we have become? A nation of vulgar, wilful and dogmatic obstinates incapable of self-reflection and honesty? Who in their right mind pursues a course of action when it becomes increasingly obvious that harm is going to befall them? Does ‘Fuck business’ pay the mortgage? Put food on the table? Provide ordinary people with job and income security?

This may not make much difference to Boris Johnson. To contradict Upton Sinclair, his salary does not depend on his acknowledging the folly of Brexit or his personal stupidity. But if all those Brexit-voting car workers are suddenly exposed to the harsh reality of what really drives global trade – revenue and profit, not nostalgia and whimsy – one might find they rapidly acquire a very different interpretation of what Brexit means.

I used to liken the Brexit endeavour to the purchasers of a house who fall in love with their dream property only to discover at the survey stage that it’s been built upon a sinkhole. In any walk of life, what do you do when you receive new information that undermines a decision that you previously made? Simple. You change it. Why can the same not be true of Brexit? For all the prattling about ‘the will of the people’, Brexit is not really an unequivocal mandate and never has been. And there is something supremely anti-democratic and unconstitutional about a policy that is held to be irreversible under any circumstances.

Perhaps some voters, in particular the elderly, would still choose Brexit because they want it to restore some barely explicable, let alone rational, feeling of ‘independence’. But younger generations, to whom the future legitimately belongs, overwhelmingly reject this argument. To my mind, this is one of most appalling aspects of Brexit, the desire of hypnotised older voters to impose a dubious settlement on their children and grandchildren who passionately oppose this course of action and want a different future. It’s beyond selfish for those who have enjoyed the prosperity and stability of the last forty years to deny those same advantages to their younger compatriots. If Brexit is a slow moving anything, it’s a hijack, an arranged marriage where one of the parties is revolted by the choice of spouse proposed by their elders.

Once upon a time, ironically in the country that Leavers wistfully dream of, this unfairness would have been wholeheartedly condemned as not being the British way of doing things. But one of the ironies of Brexit is how supremely ‘un-British’ the policy is. The goonish arrogance of men like Arron Banks, Nigel Farage, Boris Johnson and Dominic Cummings, their profound disrespect for anyone and anything that might curtail their interests, tramples all notions of fair play into the dirt. Brexit has polluted our notions of civility and trustfulness in ways that are malign and vicious. Our tribalism has become so vivid and bitter that it is becoming default to mistrust everything one reads or hears unless it has been fact-checked to within an inch of its life.

And with good reason. If you read interviews, comments and articles by leading Brexit luminaries from the first half of 2016 and compare them to the things they say today, it’s hard not to feel mistrust and anger. The empty rhetoric they trade in seems feeble and witless rather than stirring, and all the while, the realities of business that Michael Gove blithely dismissed as Project Fear are a daily reality. Britain is being isolated from international projects while business leaders warn of massive disinvestment and withdrawal from UK operations, placing hundreds of thousands of jobs at risk. And the response of the right wing fanatics is to criticise these voices for being Cassandra-like when all they are doing is preparing the public for the realities of the choice they were fooled into making. Jeremy Hunt says it is completely inappopriate for Airbus to warn of the possibility of moving production out of the UK. I think it is completely inappropriate for him to try to silence a successful private company from sounding the alarm over the government’s incompetence.

Strange times and stranger things. We’re living in an upside down world. Don’t let the demagogues and demagorgons drag us under.