The chickens are coming home to roost for Dr. Fox 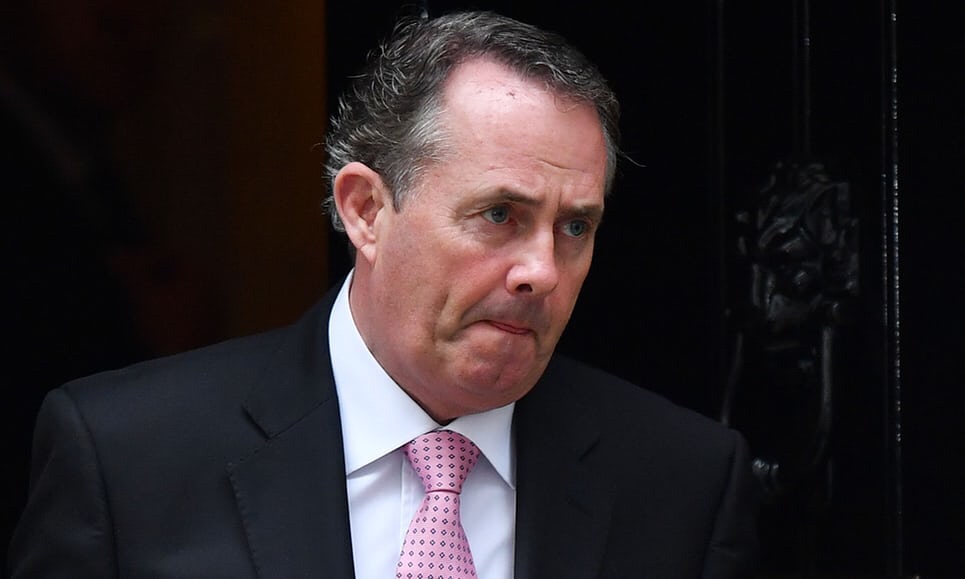 Liam Fox is a free market fanatic who wants to use Brexit as an excuse to re-engineer British society on the basis of his partisan ideology. The things he believes in would mean more insecurity, more inequality and an acceleration of the transfer of wealth from the public into the hands of already very wealthy elites. In doing so, he would destroy much of the social and civic progress made in this country since Gladstone was Prime Minister, let alone under the Attlee government 1945-51.

The reality, as Dr. Fox well knows, is that the British people voted to leave the EU. But they did not vote to leave on any terms and by any means necessary – e.g. regardless of whether the outcome made them poorer. In fact, what they voted for was an impossible Brexit whereby the U.K. could leave the EU but retain all the benefits of membership and enjoy greater prosperity than before. In fact, every single one of the forecasts produced by the Treasury and the ONS project there are no circumstances where this can be delivered. They all suggest far less funding for public services. The Brexit people voted for involved more money for public services.

Simon Wren Lewis sums this up quite neatly:

“Most Leave voters probably had only a hazy idea of what the Customs Union and Single Market were, but most clearly wanted a Brexit that delivered more money for public services. As it is now quite clear that the Brexiters cannot deliver that, then there is no mandate for Brexit.”

That is what the House of Lords votes demonstrate. Liam Fox knows the game is up and is simply thrashing around destructively in the hope of pulling off one last hoodwink. I expect this is going to get ugly in the next six months as the pressure for a second referendum or election becomes irresistible. Such has been the poisoning of democracy – Cambridge Analytica – by the Leave campaign, I expect the debate will be very ugly. How could it not be when defeat would be so existential for the losing Brexiters.

But I am ever more convinced that Brexit will not happen. I just wish more Remain supporters would emphasise what a great and glorious thing it would be for the UK to be at the very heart of European politics as we move into the next century. That is the way our small but fantastically overachieving country can carve a new place for itself in the world whilst respecting the traditions of the past. That is what I believe 75% of young people aged 18-24 voted for.

The real offence against our democracy is not that we are having quite reasonable second thoughts, rather that politicians like Liam Fox are so determined to ruin the future of a generation that voted overwhelmingly to reject his grand vanity project.