Windrush and the freedom we think nothing of. 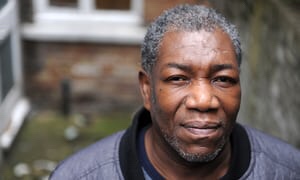 Friday evening, Spring 2018. UK border control at Gatwick Airport. Long, long lines of people, of every origin and every creed, shuffling through the labyrinthine corridors of striped belt barrier that twist back and forth inside this vast, artificially lit chamber. This is a scene that is overwhelmingly familiar to me. I think nothing of it.

Every fortnight, give or take, for more than half a decade, I have stood in this grey filing cabinet of humanity waiting to be admitted to my home country. It never crosses my mind for even the most fleeting of moments that there might ever be a problem when I step forward to the machine that reads my passport, or self-consciously meet the gaze of a border official. The sheaf of coloured paper in its little red binder is an amulet, a tattoo, a seal of approval, a catenary wire unshakeably tethering my identity to this place. It says I have rights. It says I belong. And I think nothing of it.

We endure the tedium of biometric whirring and the mechanical staccato of document stamps to pass across the invisible chasm that separates the drab, featureless hallway from the infinite freedom and colour of the country just out of sight. A chasm that is invisible only to those who have no need to look. This is a non-place. A kingdom of nowhere. A destination and a departure point that simultaneously exists and does not exist. From the moment you disembark the plane, to the second your face (or increasingly, your microchip) passes the scrutiny of the assessor, you cease to exist also. You pass through this giant processing plant of souls to emerge into the endless possibility of lives, freedoms and outcomes we call a country. But before that, there is nothing and I think nothing of it.

For most of us, that’s all it is. A brief, bureaucratic inconvenience like a routine checkup or temporary traffic light. Stop. Wait. Go. But what if it wasn’t? What if that green light never came? What if “Computer says no” was not just some pop culture joke and the illusory barrier became as hard and unyielding as a granite wall? What if you found yourself in the non-place with all the exits sealed and no way of moving forward? What if unseen eyes and systems were telling you that your life was false and accused you of plagiarising the details of your own history? What if that maze of belt barriers closed in and bound you from head to foot until you felt as if you might choke.

That is something I think we should all think of when we read about Windrush generation. I’ve posted quite a bit recently about the appalling unfair treatment meted by the Tories upon our fellow Britons who came to the United Kingdom during the 1950s and 1960s. It’s an issue that for now, at least, outrages me just as much Brexit. It highlights the callous, moral bankrupcy of a Conservative government that has cynically manufactured hysteria about migrant levels, for electoral gain, whilst simultaneously displaying unfathomable incompetance in managing the integrity of our borders.

If there were any moral justice in this world, both the Prime Minister and her successor, Amber Rudd, would resign over the Windrush scandal. The Prime Minister, firstly, because she conceived the ‘hostile environment’ policy knowing full well that its application might indirectly sweep British citizens into its totalitarian maw. Her disregard for the consequences is one of the reasons why this shameful situation exists and why thousands of our fellow countrymen and women have been placed in the Kafkaesque situation of having to prove their Britishness to their own state.

Amber Rudd is also deserving of criticism for cravenly doubling down on “more ambitious” plans to extend the requirement for proofs of continuous residence, and then attempting to pass the blame onto civil servants and officials who were merely implementing a policy that was not only tops down, but was coming from the very top of government. Since she doesn’t appear to have the integrity to resign for her failings and betrayals, I hope the voters of Hastings will take the decision for her at the next election.

Opponents will ask what if the multitudes come, in such numbers that all the belt barriers in the world could not contain them? But better belt barriers than barbed wire in deserts. Better still that we stop supporting regimes and wars that drive people half way around the world in search of a peace that we think nothing of.

But of course, all paths lead to Brexit. This policy was clearly designed to undercut the grass roots anti-immigrant sentiment that Ukip was successfully tapping into between 2010 and the Referendum. And whilst a percentage of those grass roots are undoubtedly dyed-in-the-wool racist in their origins, I think the majority of concerns about the consequences of immigration – pressure upon public services and housing, for example – can be explained by the impact of Tory austerity on these essential voter concerns. Since they could hardly blame their own policies for the ruination of the public sector and the failure to provide adequate affordable housing, the Tories jumped on the immigration bandwagon – and look where we are today. Instead of admitting their failings, or at least defending their actions and challenging opponents to make a better economic argument, the Conservatives decided to pass the buck and blame freedom of movement for problems they had created. This is despicable politics. It really feels as if the modern day Conservatives have decided to appease the ‘rivers of blood’ speech instead of condemn it for what it is: fascism delivered in a Home Counties accent.

Arguments that ‘all governments do this’ simply don’t wash. It is the Conservatives, more than any other government or party of recent times, who have created an atmosphere of menace and hostility where anyone with a different coloured skin, or who speaks a different language, can be viewed as a potential illegal immigrant. Shrill rhetoric creates an atmosphere where it is permissible to point an accusing finger at individuals simply for appearing different – in other words, and as has been the case with the Windrush generation – to assume guilt until proven innocent. When this nasty and xenophobic sentiment spreads into the community, to the streets, parks and housing estates where isolated individuals can be preyed upon by weak-minded fools and bullies, people are harmed, sometimes grieviously. For too long, people who trusted Britain was a reasonable, tolerant and decent place, have thought nothing of this and many other issues. Our passivity needs to change.

What also needs to change is the casual way in which the sections of the press at least, those that still claim to hold a degree of impartiality and objectivity – allow politicians to evade their own failures and mismanagement concerning immigration policy.

For example, if people are worried about untrammelled immigration from other EU countries, they need to understand that under the Dublin accords, the UK is perfectly free to repatriate anyone who is not in work and able to support themselves once they have been in the UK for three months. It is simply not true that anyone can come to the UK and access public services unless they are working and paying for those services through their tax contributions. Refugees aside, economic migrants have an obligation to pay their way.

Organisations like Migrant Watch, (with its awful name, evoking very un-British ideas of systematic surveillance, of tracking and checking the ‘other’ in our midst) miss the point that someone who comes to live and work in the UK, who contributes to our society financially and culturally, is at that fundamental level just as entitled to be housed and access public services, like health care and education, as a native Briton.

Of course, one of the reasons why Britain does not use its powers under the Dublin agreement like, say Belgium, which has a highly efficient process for dealing with dependent migrants, is because the government did not properly track people who were coming in and out of the UK, nor monitor those whose visas and right to remain were coming to an end. It is very difficult to understand how a party like the Conservatives can make uncontrolled immigration such a political crusade when they have failed to provide simple and effective systems that would have addressed the problem. Instead of putting in place an effective, unassuming bureacracy, they allowed far right groups and dog whistle politicians like Nigel Farage to metastasize the issue until any legitimate concerns people might have had about pressure on public services and resources were drowned out. Instead of reasoned debate, we had phantasmagorical horror stories about the EU forcing multitudes of displaced people through border controls and into every GP surgery across the land. As the longest serving Home Secretary, I think most of this is attributable to Theresa May’s decision making between 2010 and 2016.

And meanwhile, immigration to the UK from non EU countries, a statistic over which the UK government has full and absolute, hard Brexit-like control, has reached its highest ever levels under this government that has promised to create a hostile environment for would-be migrants. Sometimes, actions speak far louder than words. Either the government is cynically allowing false fears about immigration to hide the reality of its economic necessity for political gain, or it is completely incompetent in managing a problem that really exists and it has spectacularly failed to tackle. But immigration, of itself, is not the issue. All of us should think something of that.