Brexit is the betrayal of Britain 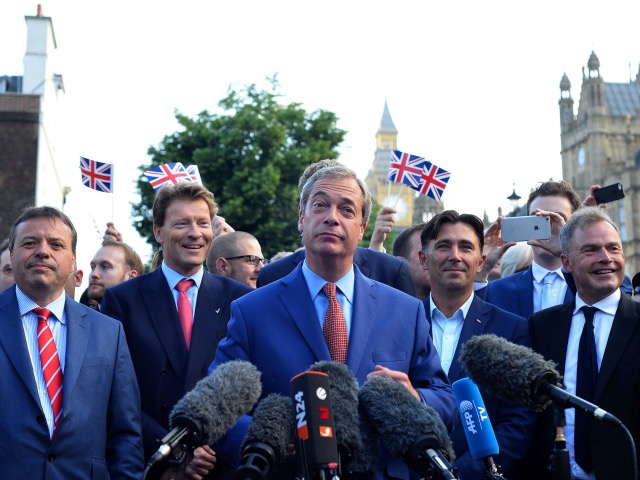 It feels as if the great European Repeal Bill, the practical mechanism of Brexit, is being escorted past Parliament and public opinion in the same way that a kidnapper might try to corral their victim out of a building with a gun to their back. Everything is being done to create an illusion that there is nothing to see, that everything is perfectly normal, when given the slightest opportunity, the hostage would make a run for it.

Since last year, there has been an almost total revision of what Brexit might actually entail. We never claimed it would be easy, they say (you did!), we never promised that we would be better off (you did!), but we will be free and that justifies the hardship (it does?)

I think people like Jacob Rees Mogg and Boris Johnson are ludicrous. Not just because I disagree with their political and economic arguments, but because they, like so many Brexiters, are so clearly out of touch with young people who have very clearly articulated their desire for a different future. Britain is no longer the country it was in 1973 and trying to wrench it back to a pre-decimal age is an exercise in futility and divisiveness, as well as being morally indefensible. I can’t think of a more flawed example of democracy than totally re-shaping what kind of future young people can expect to live in, overwhelmingly against their wishes, by exploiting the concerns (and votes) of those who will be dead when it arrives. And if that sounds grim, it’s because it is. Week after week I listen to the rancid bluster of late middle-aged Brexiters on the LBC show hosted by James O’Brien in which they pontificate about how Britain has changed for the worse when, for most younger people, including myself, the more open, tolerant and inclusive country we have become within the EU seems like a far better place to live, work and retire.

It is especially obtuse when one considers the luck and good fortune of the baby boomer generation to have lived their lives swaddled within the peace and prosperity of a post war Europe built around the EU and its institutions; to have studied at university without needing to pay for tuition fees or even, in many cases, their living expenses; to have enjoyed employee protections and enhanced worker rights for most of their careers; to have been able to afford their own home; to have been confident of final salary pension schemes and the triple lock protection safeguarding their state pension upon retirement. In stark contrast to their grandchildren who leave university burdened by student debt, to work in a low wage economy offering limited job security or benefits, let alone pension provision, and with little hope of being able to afford to buy a house, the Brexit voting pensioners never had it so good. And in voting to leave the EU, they have almost certainly made the economic and political outlook for the younger generation much harder than it would have been. You want your country back? I want my children’s future back – the one they were supposed to have long after you were dead and buried.

Joining the EU was like receiving an artificial implant that took away some of our innate characteristics, whilst enhancing Britain in many different ways to compensate. Leaving the EU after forty years of adaptation is just about feasible but hugely traumatic: whether we can restore the identity we had before is extremely doubtful. Whether or not we even want to try is the key question because the negatives so far seem to wholly outweigh the positives. Like it or not, the EU is our single largest and most critical market. It will take years, even decades to replace that lost trade from other sources, so whatever we gain from this blindfold rush to “take back control” of immigration and sovereignty, we will certainly lose in economic prosperity. Meanwhile, the loss of the political, social and cultural enhancements that came from having the EU embedded in our society will be felt for generations.