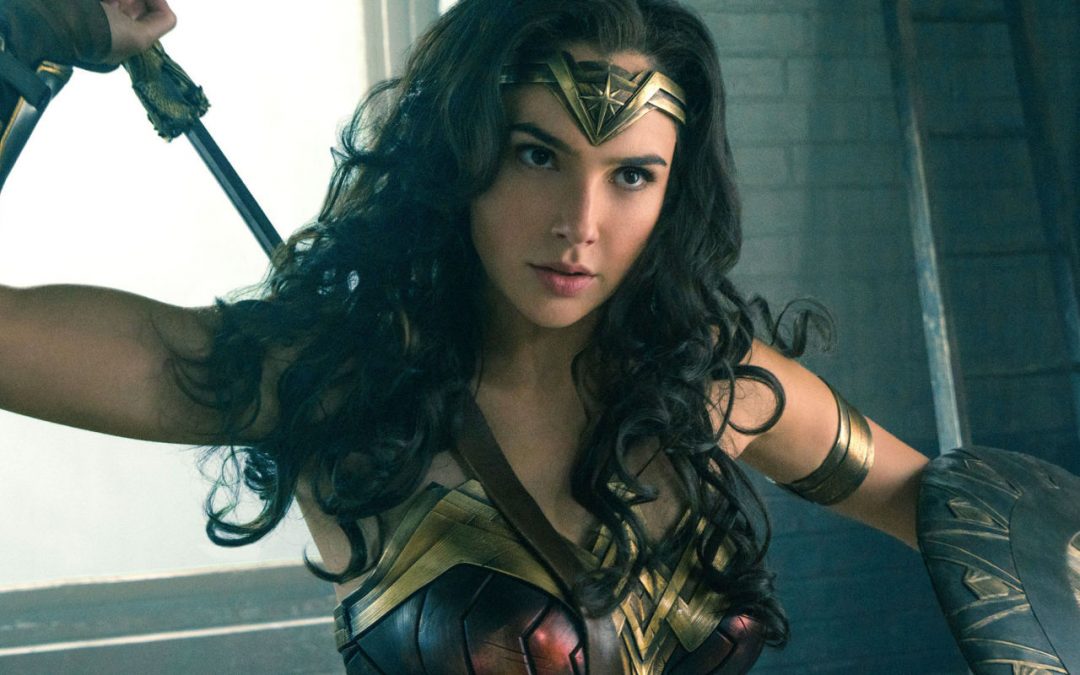 Last night, I went with my partner and daughters to see ‘Wonder Woman’, a film that seems to have attracted plaudits for its kickass portrayal of female strength and empowerment.

Unfortunately, I’d only agree with that if your definition of kickass female strength and empowerment is the same as the guy who spends more quality time with his Xbox than with members of the opposite sex.

Sadly, ‘Wonder Woman’ is big budget tosh on autopilot. Its efforts to invoke a sense of ‘girl power’ could only be convincing to someone who actually isn’t a girl.

Instead of emancipated modernity, it ruthlessly confirms to all the tired tropes and ludicrous plot lines that we’ve come to associate with just about every super hero movie ever made by anyone who isn’t Christopher Nolan.

So what makes ‘Wonder Woman’ so monumentally awful? Well how about we start with the title of the movie? The clue is in the name. It’s supposed be the story of a female super hero. And yet the film manages to achieve the impossible feat of relegating its most important character to Best Supporting Actress. This isn’t a reflection on Gal Gadot, who is actually very good in the title role and hints at the potential of what-might-have-been had the script allowed. But from about ten minutes and fifteen seconds onwards, ‘Wonder Woman’ is really ‘All About Steve’ – as in Steve Trevor, American super spy – played by Chris Pine. Because as we all know (thanks to Google engineer, James Damore) if you give women leadership opportunities, a man needs to be present at all times to make sure they don’t go all neurotic or start empathising with the bad guy (or something).

Every significant plot development is driven by Pine’s character. It’s Steve Trevor who decrees they should leave the island of the Amazons because he has discovered a sinister German plot to gas the entire Western Front. It’s Trevor who sets up the improbable ‘save the world’ mission to German HQ in Belgium (an American, a Native American, a Scotsman and a Turk walk into a bar….) It’s Trevor again who leads the warriors in a vain attempt to locate the German secret weapon before it can be used and, in the closing moments, it’s he who makes the ultimate sacrifice by dying to save the world as we know it.

This is the culminating weakness of the entire story. Diana talks often about defeating Aries, the god of war, but throughout the film, the most tangible enemy for the protagonists to battle against are the German scientists, soldiers and sailors who dog their footsteps at every turn. Whatever has to happen in the world of the immortals seems less relevant and immediate to the battles being fought in the world of men. And although Wonder Woman does indeed fight and kill her stepbrother, Aries, what should be the climax becomes a footnote for the folks in Light & Magic to earn their crust. The big reveal of Aries true identity is like a metaphorical bent nail hammered into the script because the first one failed to hold the story together. It’s more of a cheat than a feat of ingenuity. And with the deadly nerve gas out of the way, this duel of the gods looks like something you’ve seen in a thousand video games, which is probably the point.

Yes, I know the film makes a convincing attempt to recreate a utopian female paradise on the island of Themyscira, but the society of the Amazons is defined wholly on male terms. These ladies are cool because they can fight better than guys. It’s their badassness rather than their breasts that makes them interesting to a male audience that would almost certainly find the sexuality of such women utterly terrifying.

And when it comes to cold-blooded killing and settling of scores, Diana’s creed is depressingly conservative and befitting of our times. The only good villain is a dead villain. How many good guys have we seen go across to the dark side because they believed their sword of truth meant that the end justified the means? Having a female super hero question this macho moral imperative would have been a truly inspirational plot development, but the only ethical dilemma that ‘Wonder Woman’ seems to explore is the premise that women can blow shit up just as well as men.

In almost every scene that Diana walks into when she arrives in our world, the way her physical beauty is acknowledged is through crowded rooms falling silent, mouths opening agape, monocles falling out of rheumy eyes, catcalls and wolf whistles in the street – in other words, all the usual misogynistic bullshit that women (who don’t have the benefit of being super heroes) have to put up with on an almost daily basis. Even Etta Candy, Pine’s good natured and stereotypically patient Moneypenny gets in on the act, going all Beryl Reid in ‘The Killing of Sister George’ when describing Diana as the most beautiful woman in the world, “as if we didn’t know”.

Even though the film seems to be set in some steampunk parallel First World War universe, the logic of the script seems to be: the bad guys are Germans, therefore they want to perpetuate genocide, therefore, they must be portrayed as one-dimensional fascist goons whose leader is the root of all evil and to hell with history. While I enjoy a bit of dramatic licence as much as the next man, this blunt and inept blurring of fact and fiction is crass and truly offensive. Germany in 1918 was a totally different place to Germany in 1938. The facile stereotyping is beyond laziness.

If anything, it’s the chief German scientist, Dr. Isabel Maru, who is the most empowered female character in the film. No one doubts her talents and abilities the way they question Diana’s. By the end of the movie, I found Pine’s “Oh Diana, what if you are wrong, what if there is no Aries?” routine tedious in the extreme.

You’re an American spy, who crashes through some hole in temporal reality to land on an uncharted Arcadian paradise. This island is populated entirely by Amazonian women who dress, speak and fight like characters from Greek mythology. It’s not exactly a plot spoiler to think that perhaps there is something a little strange about this. The Amazons are able to compel you to reveal your inner most secrets simply by wrapping you in a golden lassoo and squeezing your biceps. Later on, your travelling companion defeats four armed men using advanced martial arts and reactions that are, quite literally, faster than a speeding bullet. She can speak over one hundred languages and translate arcane formula written in ancient Sumerian. I dunno, Chris, maybe she could be onto something?

And yet, when the time comes to storm the German High Command and break into the castle, it’s Captain Kirk and his sidekick who boldly go, and Diana who is told to mind her place. Coming after an incredible fight scene in a village where Wonder Woman’s powers are fully revealed for the first time, it seems completely and utterly pointless.

In the end, each and every threat is more torturous and incredible than the last, matched only by the desire of the director and writer to try and make you believe that beneath the lasers and lightning bolts, there are, like, you know, some really deep and meaningful truths to be told about the human condition. Perhaps there will be if anyone gets round to making a movie out of ‘Paradise Lost’ otherwise, we just end up with tripe like this. If you want to see a science fiction movie with a genuine female hero, watch Rey in ‘The Force Awakens’. If you want to spend two hours metaphorically beating your notions of diversity and equality with a baseball bat, go and see ‘Wonder Woman’.