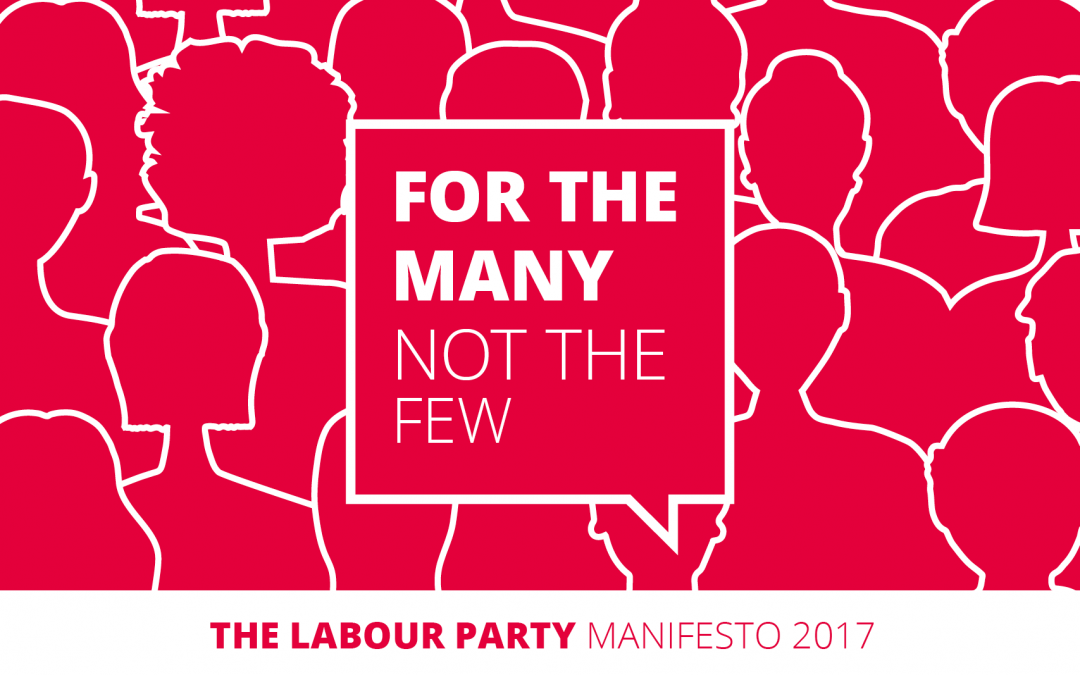 Labour’s manifesto was published today, to the expected chorus of derision from the Tories about Jeremy Corbyn taking Britain ‘back to the Seventies’. This is, of course, abject tosh.

I’m not here to defend Jeremy Corbyn. I’ve made my views about him plain elsewhere. But if the media and the voters would look past all the trash talking, they would see that this election – more so than any since 1997 – actually offers the public a genuine choice.

If you want better public services and increased spending in areas that make a difference in people’s lives – like education, health, adult social care, benefits for vulnerable people, energy prices – you would vote Labour (or for one of the smaller progressive parties).

If you believe in cutting the role of the state in those areas, tax cuts for the wealthy and reducing expenditure on public services, you effectively want more of the last six years and will vote Conservative. But you cast your vote knowing full well that the present inequality and hardship in our society is making life miserable for millions of people. And it’s very difficult to see how Conservative policies are going to make things better for any of those individuals and families any time soon (except in those areas of policy they stole from Ed Miliband!) The Tories talk about Labour taking us back to the 1970s when for many low income households, the spending cuts imposed by David Cameron, George Osborne and now Theresa May have been unprecedented since the 1930s.

And in the midst of all this, blurring the view like some miasma of shackled and shifting fumes, is Brexit.

For sure, there are some grey areas in the Labour manifesto in terms of spending, but the same is true of the Conservatives and in one critical respect theirs puts even 1983 Labour to shame.

Backbench Tories and their acolytes in the press snipe about Labour’s ‘unaccounted for spending plans’ and yet Theresa May expects the electorate to vote for her without any idea whatsoever of the costs, shape and scope of Brexit. In terms of an unaccounted and uncosted policy, it’s hard to think of a comparable peacetime leap of faith in British history. Most experts, including the government, agree that we are going to be worse off for a number of years to come, but nobody really has a clue by how much.

And yet we are told that any failure in sum checking from an undeniably radical and visionary Labour manifesto is a symbol that the party can’t be trusted to plan for the future. This is, to put it mildly, bullshit.

I wouldn’t mind so much but the level and quality of macroeconomic debate in this country is woeful – and I’m not even a specialist, just someone who considers themselves well read. Theresa May prattles endlessly about strong and stable government and coalitions of chaos but the fact of the matter is that the Conservatives have spectacularly failed to meet any of their fiscal targets whilst in government. They cut spending when they should have been investing to boost the economy and counter-balance contraction in private investment. Then they delivered tax cuts to companies and rich individuals that were funded by cut backs in welfare and other public services. These policies had negative effects on broader society, including some of the most vulnerable members of the community.

The level of discontent and misery these ruinous economic ideas have inflicted directly feed into Brexit and yet half the country still feels it can sever ties with our most important trading partner and emerge better off. Somehow, and for reasons I cannot entirely fathom, none of this is attributed to being the fault of the Conservatives. It seems obvious to me that if you have a Brexit campaign being fought as a plebiscite on concerns about public services, then the worst people to fight that campaign were the previous government who could hardly criticise themselves. Unsurprisingly, the EU and immigrants copped the blame.