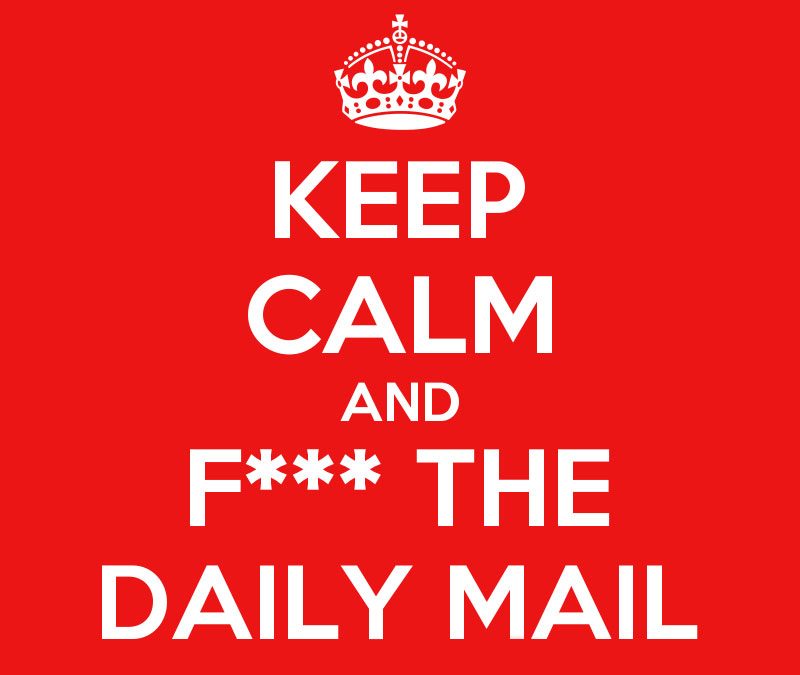 I was delighted – in a last minute goal, punch-the-air-with-delight kind of way – when the High Court ruled in favour of Gina Miller’s complaint that the UK government was acting without constitutional authority over its plan to trigger Article 50 without parliamentary scrutiny.

But although I expected a reaction, I was stunned at how the right wing trolls, Eurosceptics and anti-EU tabloids completely lost their minds over the ruling that Parliament, and not the Prime Minister or her government (or Nigel bloody Farage) is the ultimate arbiter of the process for triggering Article 50 of the Lisbon Treaty.

This hysterical response from the tabloid press should make everyone check their cosy assumptions about our democracy, especially now the spectre of a Trump White House looms large on the horizon. It’s shocking to see virulent, unmitigated prejudice expressed so confidently in British public life. This is how fascism begins, by creating places where unchecked hostility and menace towards minorities and people with different opinions becomes acceptable. I don’t think it’s an exaggeration to say that in the 1930s, “ordinary, hard working Germans” probably felt their voices were not being heard as they struggled with the collapse in prosperity triggered by the Wall Street Crash. Every tree must grow from a single seed. However remote the possibility that it could flourish into something more enduring, the seed of extremism has now germinated in our midst.

Back in 2005, Michael Howard’s Conservatives were pilloried from all sides for running with the disturbing slogan ‘Are you thinking what we’re thinking?’, with its undertones of anti-immigration sentiment. Theresa May, then Conservative Chairwoman, warned that the Tories were in danger of being perceived as the ‘nasty party’. Fast forward a decade and it’s May herself who now presides over a government that has lurched so far to the right that even some of her MP’s are resigning in protest.

The 2005 election slogan seems very tame in the week that right wing newspapers have been screaming ‘enemies of the people’ and using offensive headlines and smears to describe an independent judiciary making decisions to uphold the rule of law. The Daily Mail, the Sun, the Daily Express et al have never been slow to promote themselves as bastions of British values. One of these is a core belief in a legal system that applies the law fairly, free from political or popular bias and influence. They should ask themselves whether they really want a society where judges (and newspapers) are unable to do the right thing because they worry about being handed over to the mob. Maybe they do. The Daily Mail, in particular, has a long, indistinguished history of tawdry rabble-rousing.

Article by Daily Mail owner, Lord Rothermere, in January 1934. (By now, the Nazi’s in Germany had – amongst other things – publicly burnt ‘dissident’ books, stripped Polish Jews of citizenship and abolished all other political parties.)

But aside from the totalitarian melodrama of their front pages, do the right wing tabloid newspapers also understand how completely bonkers they seem. Having waged a relentless campaign to restore the supremacy of UK parliamentary decisions and judicial rulings over EU law, they are now venting their spleen towards the High Court justices for using the same power to confirm Parliament is, indeed, supreme.

British law, upheld by British judges, in British courts to affirm the supremacy of the British Parliament. Wasn’t that what this whole sorry business was supposed to be about?

This is a fundamental constitutional principle that dates back centuries, not just to the 23rd June. It’s alarming to watch the right wing mobilise itself to argue that basically the government should be allowed to do what it likes. Where might that principle end, especially if the jackbooted mentality of the Daily Mail is ever reflected in government policy?  Once you reach the point where inflamed populist pressure takes precedent over legal certainty, your country is in deep trouble.

What comes next? We’ve had a glimpse. Muslim girls are frightened to wear the hijab. The slogan “Gay families burn in hell!” appears above the hashtag #Trump2016. The swastika is enjoying a revival in inner-city graffiti. In their all-American ‘mom’s apple pie’ cafeteria, Michigan middle schoolers chant “build a wall!”.

These are the politics of division. For things to get better for me, they have to get worse for you. It seems to me that once we stop arguing about how to end inequality, and revert to fighting over the scraps that the one percent do not hold, we’re in a very dark place