We need a General Election to resolve this mess 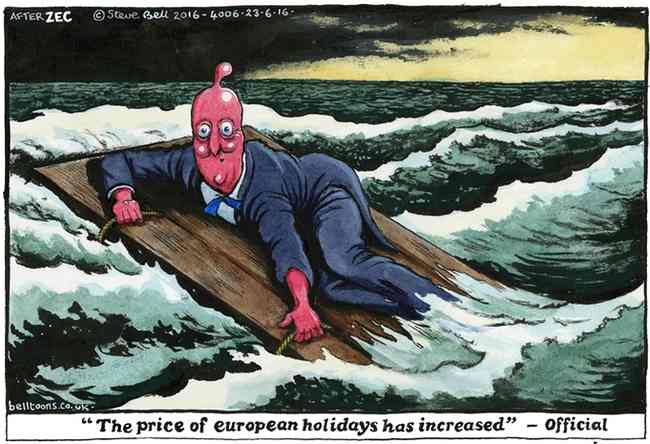 Been giving this one a lot of thought today. In the hours since the Referendum result was announced, Remain supporters have been calling for a second referendum. I understand where people are coming from, but I don’t think this is the right way forward.

For sure, it seems clear that many people who voted Leave were completely misinformed. Others have stepped forward to confess they thought it wouldn’t matter, that they just wanted something to brag about afterwards in the pub. And I don’t doubt there is a core bloc of Leave voters who would never change their opinion, who believe in British exceptionalism. But I believe that if the Referendum was re-run tomorrow, a different result would ensue and by a significant margin.

But I think the way to address the issues created by this ill-judged plebiscite is not to try and cynically overturn the process by repeating the same mistake until the Remain camp gets the answer it seeks. This would just play into the hands of those hard core Brexiters who want out of the EU at any cost. It would allow them to double down on repeating the the same polarising lies and misinformation they traded upon throughout the campaign. If we never have another referendum in my lifetime, it wouldn’t be too soon.

I look at the problem differently. How can it be democratic that because of the outcome of a single, binary question, the country has to accept a completely new government, not just for Brexit negotiations, but for all the other vital parts of the national interest too?

Although Nigel Farage doesn’t think so, referendums can be extremely undemocratic, this one more than any other than history. In reality, the impact of voting to leave the EU was never confined to the issue of immigration or sovereignty. If Brexit was simply a self-contained and self-referencing decision, I’d say fine. Let’s leave. The people have spoken. But of course, the single, simple question of ‘In’ or ‘Out’ doesn’t just affect our membership of the EU. It impacts every aspect of our lives.

Brexit will directly affect our ability as a country to invest in health care, education, social services, homes, pensions, infrastructure, national security. These are all the preserve of government but because of Brexit, the government is headless. The Prime Minister has resigned, probably taking some of his most senior colleagues with him. The course of our country could change in a myriad of ways under a leader none of us know nothing about outside of their preference for Leave. That’s not democracy in any shape or form.

It would be different if the Prime Minister had been campaigning for a Leave vote. The result would have strengthened his legitimate authority. Clearly, I didn’t vote for him in May 2015, but Cameron won a mandate on the basis of his manifesto, which covered every part of our national interest and was chosen on that basis. Nobody in Vote Leave can say the same.

Boris Johnson wasn’t even an MP when Britain went to the polls last year. Nigel Farage doesn’t have a Westminster consituency. Michael Gove was a hugely divisive Education Secretary and was demoted because of his toxic poll ratings. Gisela Stuart isn’t a member of the government. As for the billionaire backers of the Leave movement, they are completely unaccountable.

How does any new government, formed on the basis of a cross party Leave vote, claim a mandate for anything apart from Brexit? Which in turn is nowhere near enough of a basis upon which to rule the UK. Who knows what a Boris policy manifesto would even look like? How can we possibly be expected to take seriously a Prime Minister who may literally walk into the job from the backbenches in the most opportunistic way?

The Referendum should not be a proxy for a Conservative party leadership contest, nor should it be regarded as a General Election. The Leave vote crossed both sides of the political divide. Before Article 50 is triggered, the most democratic course of action is to dissolve Parliament and hold fresh Parliamentary elections.

Over 450 of the current MP’s in the present Parliament supported Remain, including a majority of Conservatives. A mere 160-odd chose Leave. It’s a nonsense that a new Brexit Tory Prime Minister could claim a mandate on all matters of policy when a majority of his own Parliamentary colleagues opposed the specific motion that gave him the job.

But, the opposite is also true. How is it democratic that a lame duck Prime Minister could trigger Article 50 against the wishes of the majority of his own government? The Referendum was just about a single issue. Parliament was elected on the basis of *all* the issues. Brexiters keep proclaiming the UK Parliament must be sovereign. If so, there must be a General Election.

People voted to Leave the EU. They were not asked any to express a preference how defence, education, health care and environmental policy would alter. But now Cameron has stepped down and the effects of Brexit begin to emerge, alter they most certainly will. We need a General Election to debate these issues and choose the party and leader we trust to guide us through the next few years as we try to extricate ourselves from the EU.

That’s not thwarting the will of the people, rather it’s about giving people the opportunity to consider Brexit not just for Brexit’s sake, but in the context of Brexit for the NHS, Brexit for education, Brexit for local government, Brexit for the environment, Brexit for defence. If we are going to have Brexit at all, I think I would prefer a more liberal and progressive version of Brexit than the one that may be offered up by the Conservatives and their UKIP allies. A Brexit where employment rights and environmental standards are maintained. A Brexit where we invest more in our public services and make different decisions about how the economic costs of this rash gamble should be borne. It seemed to me that what ordinary people were really angry about was not the consequences of EU membership but the consequences of policies entirely within the scope of the UK government to control. Only a General Election can legitimise what happens next. We may have voted to leave the EU but we did not vote for Boris Johnson’s vision of the NHS.

Of course, since Parliament is sovereign, if any party wants to campaign on the basis that Brexit was a terrible mistake and wins a clear majority, I would expect them to assert the supremacy of Parliament, exercise their mandate and overturn the Referendum result before we go past the point of no return.  It’s a long shot but I’ll cling to every flicker of hope I can muster.  Meanwhile, out of the wet paper bag that is the Labour leadership right now, I am hoping that someone, somehow, can galvanise the working class vote to realise that the EU – flawed though it may be – has far more of their best interests at heart than the Eurosceptic wing of the Tory party.

This is how democracy works. Anything else is yet another deception.