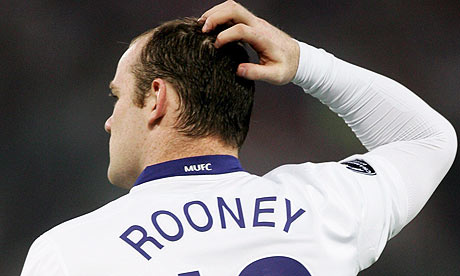 In the build up to the European Championship qualifier against San Marino there’s been a lot of focus on the inevitability of Wayne Rooney surpassing Bobby Charlton to become England’s leading goalscorer. Setting aside the fact that an Evertonian who plays for Manchester United is about to become English football’s most prolific striker, there are several reasons why I’m feeling distinctly underwhelmed.

Forty nine goals for England, yes, but who against? With obvious caveats that you only play the teams you draw in qualifying, and a few oddities in the FIFA rankings as of the present moment, Rooney’s career stats really aren’t that great in my opinion.

So virtually of all of Rooney’s goals come in games against teams that are worse than us.

28% have been scored against teams ranked 90 or below.  Make that “a lot worse”.

Rooney has never scored in a competitive fixture against a top rated side – i.e. the kind you need to beat to win World Cups. Those three goals against higher ranked teams (one against Argentina in 2004 and two against Brazil in 2013) came in friendlies

But while failing to make any impact whatsoever on the likes of Germany, Italy or Spain, at least the Roonster has run rampant against the mighty Andorra, San Marino and Liechtenstein – almost a third of his haul come against those minnows of the FIFA rankings.  He’s the Walter Palmer of international football, preying upon the defenceless – that is until we come up against someone good and then it’s England’s three lions who get routed.

It’s incontrovertible that Rooney hasn’t made a goal scoring impact across a major tournament since his star bursting debut at Euro 2004 – unless you count getting sent off against Portugal in 2006 and being banned for the first two games of Euro 2012 after being sent off in Montenegro.

In conclusion, he’s a fast track bully: good for banging cheap qualifying goals in when playing lesser teams but consistently unable to make an impact when playing top class sides who can defend and who don’t give you the ball back when you boot it upfield. On those occasions, he becomes a different kind of bully, the kind that sees red and goes berserk.

I feel sorry for Bobby Charlton. He’s the only Manchester United player I can regard with any affection, but he deserves his status as a national sporting hero far more than the man who will soon usurp his record. Gentleman that he is, he’ll probably be gracious to concede his pre-eminent status to a fellow Manchester United player, but in years to come I don’t think we’ll be seeing replays of Rooney breaking the net against Belarus or Montenegro as we’ve lauded legendary Charlton strikes like the screamer against Mexico in the 1966 World Cup or the two goals against Portugal that put us into the final.

There’s the problem in a nutshell. Charlton scored goals when it mattered, in World Cup semi-finals, and as a consequence, England won things. Rooney mostly scores goals in games that managers and fans alike complain about as a waste of time. When Wayne got goal number forty one against Norway in September last year, only 40,000 people could be bothered to turn up at Wembley. Sadly, when England reach major finals, our leading goalscorer fails to turn up as well.

Some people complain about penalties but I say thank God because the English wouldn’t have had an excuse otherwise for falling so far below our expectations. I’ve said it before, but it’s a good job that St George just had to kill the dragon and not put the ball into the mouth of the cave from twelve yards.

Is it any wonder then that when Euro 2016 comes around we’ll be looking at fifty years of hurt. The golden generation has come and gone leaving the fans empty handed, but at least we’ll have fifty Rooney goals to celebrate to match the golden jubilee of the last time England won a trophy.

But lest this seem too grudging, I concede that Rooney has scored fifty more goals for England that I will ever manage.  And I congratulate him for that.  I just wish it wasn’t so probable that he could score fifty more but England still wouldn’t win the World Cup.  By curious coincidence, the centenary of the 1966 World Cup will be the same year that we celebrate the millennium of the Norman Conquest.  William the Conqueror said he was coming home to rule when he seized the throne in 1066 (and all that).  I wonder if football will have done likewise by then.