George Osborne and his Victorian values 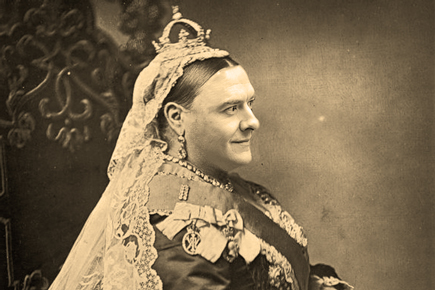 British politicians love Victorian values. Especially conservative ones. Show them a crisis and someone, somewhere, is bound to advocate a return to the period when the sun never set on the British empire. Some of them are so enthralled by the nineteenth century that they appear to be dislocated from the realities of the present one (John Redwood, for one, looks like he would swap his safe seat for a Tardis at the drop of a hat).

Margaret Thatcher cherished Victorian values as the foundations of “what made our country great”.  John Major eulogised about getting back to the basics of Victorian rectitude even as his party was disintegrating under the weight of sex and corruption scandals (and before, of course, we knew about his affair with Edwina Currie). For Labour, even Tony Blair’s crusade on educational standards and child poverty could be seen as a parallel of the child-focused reforms of the mid-19th Century, following in the footsteps of William Forster and Lord Shaftesbury.

And now we have George Osborne promising to implement permanent budget surpluses and a culture of thrift to reduce the involvement of the state in enterprise and the affairs of individuals. His Victorian forbears would have approved, surely?

Perhaps, but in reality, the Victorian values are nothing like as simplistic and straightforward as modern Conservative politicians would like us to believe.

Is a culture of permanent surplus what Britain needs in the 21st Century? Is it even possible to sustain? And is it, ultimately, what we really want?

In terms of the economic argument, as far as I can see, the simple answer is no: Britain doesn’t need the severe austerity that will be necessary to eradicate the budget deficit. The last election was fought on the battleground of the nation’s finances, but how many voters really understood whether Labour truly piled on debt through reckless spending (it didn’t), whether the Tories were really reducing the debt and deficit as they claimed (they weren’t) and could foresee the sacrifice now being requested to eliminate public sector borrowing all together.

Osborne’s policies owe more to an ideological objective to shrink the state than a necessary strategy saving us from financial ruin. And for me, there is something disturbing about a political ideology that attempts to bind the hands of those who will face the challenges that the present generation has done so little to prepare for. It’s noticeable that the same conservatives who want to tell the future how to manage their finances are the same ones denying the problems we are going to leave our descendants.

Be that as it may, as Larry Elliot points out in ‘The Guardian’, the current rhetoric about maintaining a permanent surplus conveniently overlooks the fact that:

“In only seven of the previous fifty years have governments run a budget surplus.”

The last period when this happened was a run of three consecutive years of surplus in the 1990’s. And who was in charge of running the economy back then? Nigel Lawson? Norman Lamont? Ken Clarke?

Er no, the deficit demon himself, Gordon Brown. The budget surplus of 2001 was the biggest in history.

In reality, the homespun romanticising of the government as a thrifty household completely misses the obvious macroeconomic fact that states are not households and national debt and deficits are not credit cards or overdrawn bank accounts that need repaying at the end of the term. People don’t live forever but nations can act as if they will go on indefinitely, thereby creating a choice: is it worth paying higher taxes now in order to reduce government debt so we can pay lower taxes in the future?

“The answer to that question depends on two key variables: the real rate of interest and the discount rate: the rate at which we discount utility in the future compared to utility today. In the standard model used by many/most macroeconomists….these two variables are equal in the long run. If this is the case, it turns out that raising taxes today to cut debt and taxes tomorrow is a net cost, and it is better to leave debt where it is.”

Wren-Lewis was commenting on a recently published IMF discussion note called ‘When should public debt be reduced?’  The authors concluded:

“Where countries retain ample fiscal space, governments should not pursue policies aimed at paying down the debt, instead allowing the debt ratio to decline through growth and “opportunistic” revenues, living with the debt otherwise. The reason is that the deadweight loss associated with inherited public debt represents a sunk cost— so, abstracting from rollover risk, there is little purpose in paying it down by raising taxes or cutting productive government spending (of course if there is scope to cut unproductive spending this should be pursued). Distorting your economy to deliberately pay down the debt only adds to the burden of the debt, rather than reducing it.

[I]t does not follow that once the debt has been accumulated, it should be paid down to restore growth. On the contrary, where countries retain ample fiscal space, the cure would seem to be worse than the disease—the taxation needed to pay down the debt will be more harmful to growth than living with the debt, and the reduction in sovereign risk that would ensue is likely to be smaller than the distortive cost involved in paying down the debt.”

This, of course, flatly contradicts George Osborne’s policy of driving down debt as rapidly as possible and creating a permanent budget surplus.

In short, debt reduction is not what we need right now. The policy is being proposed because the Chancellor and his party have an ideological obsession with small government and would like to reduce the role of the state.  It’s not because Britain needs to pursue a policy of permanent budget surplus.  As Martin Wolf of the Financial Times succinctly concludes (paywall may apply):

“If the government is to achieve an overall fiscal surplus and taxes are not to be raised, then spending must first be cut, and then kept at a level, relative to gross domestic product, achieved only twice in the past 70 years. If Labour supports the Conservative laws, it embraces a relatively small state forever; if it opposes them, it is condemned as a tax-and-spend profligate.”

The fixation with public debt is unfortunate because it has created a culture in which government spending is regarded as undesirable, ignoring the fact that it’s prudent, even beneficial, to borrow when interest rates are low and money is cheap, as is currently the case.  As a final thought, since the Tories love to see themselves as the champions of property ownership, let’s consider mortgages. If we all lived within our means, very few people would buy a house. But we borrow hugely to pay for a very illiquid asset to which we are committing our future self to repay for many years to come.  And when interest rates are low, it makes even more sense to invest in mortgage debt because the cost of the borrowing is much lower today than it ever will be again, assuming rising interest rates and inflation.  The fact, of course, that this government’s policies are making it more difficult for people to own their own home, does not undermine the principle!