The fading of hope – liberalism into the darkness 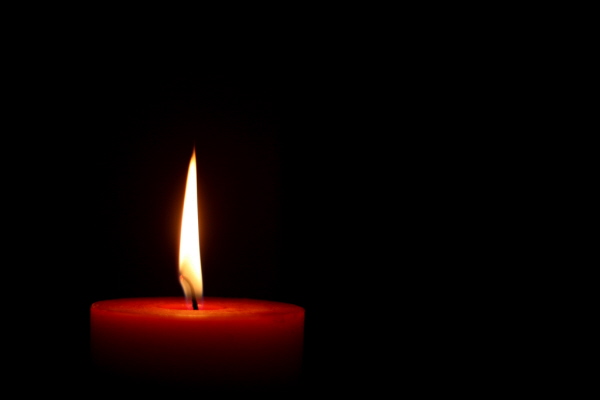 In 2004, Barak Obama burst onto the nationwide political stage with a legendary speech that would become known as the audacity of hope.  A decade on, it seems that those who hoped the Obama presidency would be a launchpad for a different kind of America, indeed a different kind of world, have seen those aspirations crumble.

It’s a bad, bad week to be a liberal, of that there is no doubt. The results of the US midterm elections for the House of Representatives and the Senate seem likely to plunge America into a fresh round of political headbutting and vituperative cat calling across the aisle. With the Republicans now controlling both parts of Congress, the President’s chances of progressing any kind of legislative agenda seem non-existent, whilst triumphant conservatives will waste no time in assaulting the central achievements of the Obama presidency, against which the only defence is likely to be the veto. This is not just bad for liberals, it’s bad for democracy. Public opinion of politicians is already at an all time low. We can ill-afford for government to become like the tale of the idiot: full of sound and fury, signifying nothing. If Republicans and Democrats spend the next two years in a glacial standoff, trying to position themselves as more sinned against than sinning, the consequences could be ruinous.

How did it come to this?

Little over a year ago, Republican Party ratings plummeted to their lowest ever level as an incandescent public blamed the GOP for the 16-day government shutdown after a prolonged and heated debate over the Affordable Care Act’s implementation.

Bloomberg Businessweek stated bluntly that “Republicans are no longer the party of business”.  Liberal publications like The New Yorker and Rolling Stone aligned with right-wing media outlets like the New York Post to proclaim that the Republicans had taken a step too far.

And yet here we are, the week after the toughest elections for the Democrats in years, facing up to the reality of a right wing putsch that once seemed unthinkable. Why have millions of Americans apparently voted against their natural social constituency and self interest?  And with the British general election less than six months away, is the same outcome about to be repeated in the United Kingdom, which seems to be accelerating rapidly towards a visceral right wing agenda, far from the moderate, androgynous middle ground that the elections between 1992 and 2010 were fought upon.

What seems clear – and equally baffling – to me is that the swing towards the right in both the US and UK is happening as both societies attempt to recover, unconvincingly, from the legacy of conservative political and economic ideas that have held sway for more than a generation.

Instead of getting deserved credit for resolving the chaos created by unquestioning faith in free market ideals, it seems that liberals have simply been putting the world to rights, literally! In both the US and the UK, conservatives have successfully pinned the blame for all our economic woes on their traditional bogeymen – government and the public sector, immigrants, the welfare state, organised labour and universal health care.

It matters little that the facts do not bear out these accusations. The relentless negativity and obstructionism of the GOP in the United States has made President Obama seem fatally weak and indecisive. Although the Obama administration has hardly helped its own cause at times, no President in history has faced an opposition whose sole aim has been to ensure that nothing gets done.

Take the US Affordable Care Act, opposition to which was the lodestone of the government shutdown in 2013. There is absolutely no doubt that the legislation has generally succeeded in its core objectives. Against a backdrop of apocalypse preached by conservatives, the number of Americans without health insurance has been reduced by about 25 percent this year — or by eight million to 11 million people. Doom-laden warnings that the law would cause premiums for most people to rise sharply have proved unfounded. Competition, normally the comfort blanket that the Tea Party zealot wipes his foaming mouth with, has increased dramatically. These are all incredibly positive outcomes.

And as the New York Times observed in a comprehensive article in October 2014:

“When President Obama signed the measure in 2010, he pledged that it would protect Americans from ruinously high medical bills by guaranteeing them access to comprehensive — and affordable — coverage. For millions of people who gained insurance through the law, this has proved true.”

To achieve such positive, unequivocal success in government is remarkable. To achieve it in the face of such implacable, irrational, personally vindictive and downright vicious opposition is almost miraculous. But instead of being able to bask in the glory of this achievement, Obamacare has become the most potent symbol of liberalism’s alleged malaise. So potent that some conservatives, with deadly seriousness, were claiming it to be as destructive to personal and individual liberty as the Fugitive Slave Act of 1850 that allowed slave owners to come to New Hampshire and seize their runaway slaves.

You might think that this is crazy. I certainly do. But today, the Republican Party has almost total control over the US government and repealing Obamacare is at the top of its policy agenda.  Crazy or not, voters seem to have been persuaded otherwise.

History will show that the Republican Party 2008-2016 was the Circumlocution Office made real. How Not To Do It was its doctrine. What is curious is that in spite of the wealth of empirical information now available at our fingertips on the internet, the Republican movement and its hyperbolic cousin, the Tea Party, is getting away with their gigantic fib.

Put bluntly, the right wing broke the world in 2007 but since then has managed to falsely finger liberals for the painful consequences of fixing the mess it left behind.

Honest political discourse has dissolved, melted by the toxic spew of campaign finance that distorts and subverts debate. According to a study of 467 US congressional races held in 2012, in 91% of elections, the winning candidate had the biggest campaign war chest. And those triumphant at the polls typically outspent their opponent by a factor of 2:1. If you think that money plays no part in the political process or that a good little ‘un will always prevail over a mediocre big ‘un, think again. Sadly, if David and Goliath were running for Congress, David would be pounded into the dust long before he’d even thought about swinging his catapult.

I don’t know if the turnaround in opinions since the government shutdown is because of subservient media coverage (contrary to populist conservative dogma, the US does not, by any stretch of the imagination, have a liberal media bias). Perhaps it is the influence of lobby groups funded on a prodigious scale by right wing plutocrats like the Koch brothers that are able to dominate the agenda with their version of the truth.  Undoubtedly, education and religion play their part in individual analysis and free thinking.  Maybe it’s just the simple lack of time to strip away the layers of internet fud and duh that get in the way of truth and facts.  Or a mix of all the above.

But something is happening here and it’s deeply disturbing.

Now, here’s a tip.
What you know matters less
Than the volume with which
What you don’t know’s expressed!
Content, has never been less important.
So you have got to be….
LOUD

From ‘Matilda – the musical’